Posted on September 23, 2018 by DrAcrossthePond

As you know, we are coming into the new season of Doctor Who on October 7th and will start using Sundays to review the new episodes but that will start the week after episode 1.  (Meaning the 14th will be our first review.)  That means we have 3 Sundays to get ready.  And we have almost no information so far.  To be honest, even if we do, I’m avoiding reading as much as possible for as long as I can.  But trailer 2 just aired on September 20th.   We’ve had some new artwork too.  We’re definitely ramping up. 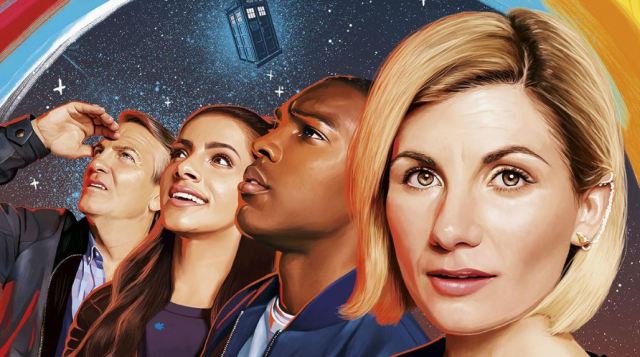 So for today, just a few observations.  I am assuming we have all followed the trailers, for starters, but we’re none the wiser as to what is coming.  Jodie looks like she’ll be fun but what clues have we been given so far?

Then the trailer does what we’ve been seeing so much of especially in trailer one: close ups of people we don’t know as if we’re supposed to care.  I’m sure we will but we don’t yet, so the use of this sort of trailer is ineffectual.  Clearly, they are trying to obscure things to give us more for the episode, but it leaves us wanting.  Until…

Truly not much to go on.  We just have to wait.

Oh, and, to make matters worse, the opening music will not feature in the first episode. Why, Chibbers?  Why??

So, friend, any thoughts?  ML

Like Loading...
This entry was posted in Doctor Who, Entertainment, Random Chatter, Science Fiction, Television. Bookmark the permalink.