Posted on October 18, 2018 by DrAcrossthePond

Like any Junkyard, you never know what treasures you can find.  Since October began, we’ve been looking in those creepy corners to stay true to one of my favorite holidays.  So far, we’ve talked about two classic anthology series: The Twilight Zone and The Outer Limits.  Both were amazing and both had been resurrected at various times.  The Outer Limits 1990’s return had a connection that brings us to today’s series in the form of actor Gary Cole.  Cole is probably best known for his role in Office Space as the boss, “yeaaahhh, I’m gonna need to ask you to come in this weekend”.  For me, Cole is either Captain Gideon from the Babylon 5 spinoff Crusade or…  Between 1995 and 1996, Cole was the lead in a very different sort of show; one the network probably didn’t love airing.  Coming off the two anthologies of the previous weeks, allow me to introduce you to American Gothic. 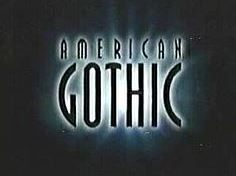 At the time, it truly felt like CBS really did nothing to promote this series and it suffered a very premature demise as a result.  It certainly was not because there wasn’t a story.  It is worth finding and you’ll rapidly find yourself caught up in the affairs of this small town.  It is a hidden gem in our junkyard.  It goes like this: Cole played Sheriff Lucas Buck.  “That’s, uh, Buck.  With a B.”    He’s known and loved by everyone in the town of Trinity South Carolina…. More or less.  Some people, like the local doctor, see through his helpful demeanor.  The thing is, there’s a question that casts a shadow over Buck that Dr. Crower picks up on: is he, in fact, the devil?  In fairness, that’s a pretty dark theme for a network television station to tackle and market.  And this was before the networks got brave and tried new things.  CBS was not about to be the first!

We are introduced to Caleb Temple, played by a very young Lucas Black of The Fast and the Furious fame, who drives the story forward as we see most of it from his perspective.  His sister Merlyn, played by Golden Globe and Emmy award winning actress Sarah Paulson, is the final member of this little trinity.  See, Merlyn was a disturbed child who was murdered and now appears as a ghost.  She talks to Caleb and tries to give him advice.  She also stands in Lucas’ path; usually a force of good.  The father, son and spirit of Trinity are a dark take on the religious source material.  You may already be noticing how clever American Gothic was.  Caleb Temple.  Merlyn the ghost.  That is pronounced just like the wizard, though Caleb calls her Merly.  And of course, Lucas Buck, potentially a spin on the name Lucifer.  Even the almighty “buck” becomes symbolic in Lucas’ quest to win Caleb’s soul.

The series capitalized on that isolated, small, southern town atmosphere.  It’s dark, often eerie, and the choral music gave it an air of ghostly tension.  Of the 22 episodes, only 18 saw the light of day on network television with four of them held back either because they were too dark or because CBS just didn’t understand how to market the show.  The Pilot introduced the characters and started the series off, setting the stage which continued into episode two, after which the series takes a more episodic look at what the town had to offer.  Fire is a recurring theme throughout, along with ghostly messages written in blood.  Many of the episodes were surprisingly moving.  Some were full of surprises.  In episode 7,  Strong Arm of the Law (the first episode I had seen, that hooked me), Buck finds four criminals stirring up trouble in his town and he teaches them that Trinity is not a town they want to mess with.  In The Plague Sower a mysterious plague is spreading and even Buck doesn’t know how to stop it.  The final episode, Strangler, was not meant to be a finale; the series was canceled before we ever got to see what happened in the final confrontation between Merly and Buck, but it does serve as an ending.  Some shows end in a way that needs to be continued; this left us wanting, but in a way that could have been a resolution as well.  (Though who am I kidding; I wanted it back to see where the plot lead!)

Among the cast members, Paige Turco plays Caleb’s cousin and newspaper reporter, Gail; Brenda Bakke plays Lucas’ love interest Selena and Jake Weber plays local doctor and chief adversary to Lucas, Matt Crower.  Also, Westworld superstar Evan Rachel Wood (Delores Abernathy) appears in three episodes.  With so few episodes, it would take even less time than The Outer Limits to binge, but it was worth it.  I was always disappointed with CBS for their failure to keep this series alive (and in fairness, they’ve done nothing to win me back; including last years little stunt with Star Trek: Discovery, but that’s a story for another post).  American Gothic is a show that warrants viewing in the cool, dark month of October.  And remember when you hear someone knocking… 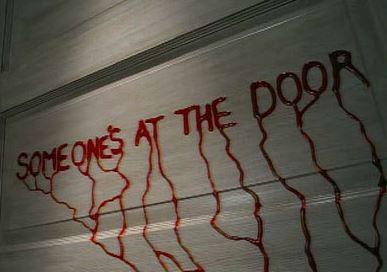 Like Loading...
This entry was posted in Entertainment, Random Chatter, Science Fiction and tagged American Gothic, Horror. Bookmark the permalink.