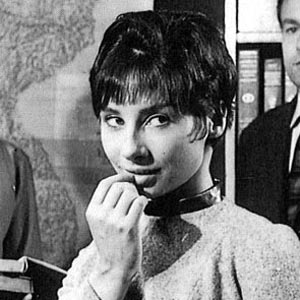 That’s Susan, in the first ever episode of Doctor Who.  But by her second story, The Daleks, she’s not so keen on walking through the dark… on Skaro:

SUSAN: Must I? Alone?
BARBARA: You can’t let her go alone. She’s just a child. Plead with them. Anything!
IAN: Susan, you see how ill they both are. We can’t afford to wait until I can walk. An hour might make all the difference.
SUSAN: I’m so afraid.

It’s understandable considering the circumstances, but it does form part of a wider pattern over the course of the first series of Doctor Who of Susan veering back and forth between two different characterisations: the resourceful, mysterious alien, and the frightened child.  It’s not always noticeable, because the former tends to get subsumed by the latter, but every so often Susan shoots back to the more interesting version of her character like a ping-pong ball.

The reason this happens with Susan is probably due to the writers during the first season working to a brief that was subsequently tweaked.  It was only a tweak, but it was enough to subtly throw off the characterisation of Susan.  If you watch the original pilot episode, not the version of An Unearthly Child as broadcast, you can see a difference in the way Carole Ann Ford portrays Susan, a little more alien and adult in her line deliveries.  One of the changes that were made from the pilot to the broadcast episode was to soften her character, so she was more of an audience identification figure for the children watching.

We have to largely ignore The Edge of Destruction, as much as it is tempting to fit it within the theory of the more alien Susan, because everyone behaves oddly in that one, their actions affected by the TARDIS, although Susan is perhaps utilised deliberately as the oddest of them all.  There is certainly evidence of the alien Susan in The Sensorites, with her telepathic abilities.  Contrast that with Marco Polo, in which her age is specified as 16 and she has these kinds of conversations with Ping-Cho:

SUSAN: Oh, I think it’s fab.
PING-CHO: Fab? What is that, Susan?
SUSAN: Well, it’s, it means wonderful! It’s a verb we often use on Earth.

SUSAN: We like dig it. You know, like it.
PING-CHO: This language of yours is very strange.

All of a sudden she’s a Swinging Sixties Earth girl.  She’s brave and versatile too.  For example, the very next thing that happens after the quote above is that she persuades Ping-Cho to follow Tegana and see what he is up to, despite the danger and Ping-Cho’s reluctance.  This is an awkward fit with how she is portrayed as a damsel in distress in the very next story, The Keys of Marinus, or how in The Reign of Terror she is too scared to even attempt an escape from prison, when remaining means certain death.

It is possible to rationalise all this into the one character, especially as she spent so much time on Earth.  We’re not talking about somebody like Romana who looks young but is actually a Time Lady who is nearly 140.  Susan is actually 16 years old, and spending time in London at that age is bound to rub off on her.  Having something of a split personality, as the teenage alien who went to school, makes sense.  But it’s interesting to look behind the scenes at the reasons things happen, because it shines a light on the truth of the characterisation.  Carole Ann Ford was frustrated with the lack of character development for Susan, and it’s clear why that is, if you look at the original concept for the character that she accepted to play.  We can be charitable and join the dots ourselves, rationalizing how she changes from story to story, but in the end the unpalatable truth of the matter is simply a character being batted back and forth between the original concept and the watered down audience identification figure.  It’s a shame, because we were a hair’s breadth from the first ever Doctor Who companion being a bizarre alien with special powers, a mysterious star child looking to the far reaches of space she once called home.  Instead, when she finally returned in The Five Doctors, she was remembered as the girl who twisted her ankles.   RP

Author of windowsintohistory.wordpress.com Co-writer on junkyard.blog Editor of frontiersmenhistorian.info
View all posts by Roger Pocock →
This entry was posted in Companion Tropes, Doctor Who, Entertainment, Science Fiction, Television and tagged Susan. Bookmark the permalink.