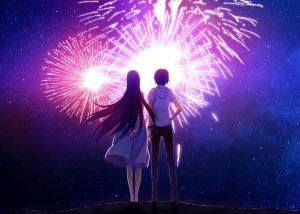 Imagine if you had the power to change the past.  What would you change?  What consequences would there be to your actions?  This is an idea that has been done frequently in films and television, but it’s always an interesting one, and the key is in how the story unfolds.  I recently wrote about a film with a similar premise: The Girl Who Leapt Through Time, but there are some key differences here.  Firstly, in that previous example, there were multiple jumps back into the past, with each one resulting in an unintended consequence.  Every time something was put right, something else unexpectedly went wrong.  Secondly, reality itself changed, with each leap.

Neither of those aspects are quite the same here.  There are far fewer jumps into the past, and there aren’t really unintended consequences as such.  But as each problem is solved, another one presents itself.  And here’s the scary bit: the world gets a bit more wrong with every leap back into the past.

Let’s take a step back first, to look at the basics of what Fireworks is about.  At its heart it is a romance, and regular readers of this blog will know that I love a soppy anime romance.  With a running time of about 90 minutes, there’s not really time to build slowly to a realistic relationship in the way that an anime television series can, so that aspect of the plot is a bit rushed.  The girl (Nazuna) just decides she likes the boy (Norimichi) and wants to run off with him.  He has qualities that mean it makes more sense than it sounds, and there is a love rival who lacks those same qualities to make that point, but as whirlwind romances go this is pretty quick.  The method of time jumping is also just there because.  It’s a thing that gets found, with no other explanation.  A beautiful thing though.

And this really is a stunningly beautiful film.  If you liked the train on the water from Spirited Away, you will find something similar here, and every bit as delightful.  The scenery is Ghibli-esque, and I’m no expert but I think I detected an integration of traditional animation and computer generated animation that works brilliantly, due to the intelligent choices made with that.  There is a bizarre moment where Nazuna talks about her fantasy of becoming an idol, and then we cut to a fantasy world of her performing a song, as if we are suddenly in a Disney musical, but the animation for that sequence is something else.  It’s gloriously bizarre, and I love a movie that surprises me like that.

To get back to the time jumping, and the way things go wrong, this is told via a metaphor of fireworks.  There is a silly little debate about what they look like from a sideways view: round or flat.  Of course it’s a nonsense question… until they see the fireworks from the side and they are flat.  It’s a stunning moment, and an indication that Norimichi’s jumping is either changing the nature of existence, or transporting him into another dimension.  He is not truly changing things.  With each subsequent jump into the past, things get weirder and weirder.  The fireworks become flowery, almost liquid, and finally the two kids find themselves in a surreal, closed off world, surrounded by a barrier.  The ending is left to our own interpretation.  Part of me hates that approach, because it feels like the writer has been too lazy to actually conclude his own story, but in this instance it works reasonably well.

Fireworks might not have the most original idea in the world, but there are enough left-field twists and turns to keep things interesting.  I’ll leave you with the music video from the film, which went viral with over 200 million views so far, and showcases some of the stunning artwork from the film.   RP

Co-writer on junkyard.blog. Author of windowsintohistory.wordpress.com. Editor of frontiersmenhistorian.info
View all posts by Roger Pocock →
This entry was posted in Anime, Entertainment, Movies, Reviews and tagged Akiyuki Shinbo, Fireworks. Bookmark the permalink.