The Alternate Dr. Who Family 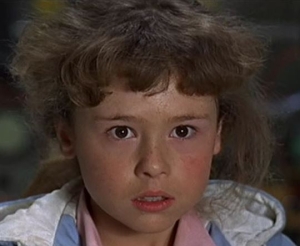 Last Christmas… I gave you my heart. No, sorry, let’s try that again. It’s hard to start a sentence with those words, a bit like “who you gonna call”. Some words in the English language now lean towards a certain conclusion, and it’s hard to resist the temptation. OK…

Last Christmas we looked at a lovely little Doctor Who comic strip featuring Dr Who meeting Santa Claus. Dr Who was accompanied on that adventure by some of his longest-serving companions, who stayed with him right through their childhood, up to their university days: his grandchildren John and Gillian. In fact, it turns out that Dr Who has quite large family: apart from John and Gillian he has a niece called Louise and his granddaughters Susan Who and Barbara Who. OK, we don’t quite know if they share the same surname, depending on whether he is their paternal or maternal grandfather, but the point is that there is a fairly extensive Family Who, which the average viewer of Doctor Who on television might not be aware of. The television series never draws attention to any of them, because they hail from the realms of alternate continuities.

This kind of thing is quite common in long-running sci-fi and fantasy series, particularly ones that inspire adaptations in other media such as comics and films. As soon as a franchise crosses over into a different medium there is scope for starting afresh, relaunching the original concept in a slightly different way. This has happened several times with Doctor Who, and for several different reasons. The novelisation range was launched with a retelling of Ian and Barbara’s first meeting with the Doctor, placing that at the start of The Daleks and ignoring An Unearthly Child. This allowed the range to begin with the first Dalek story instead of the rather drab encounter with cavemen, but also provide a fully-explained jumping-on point for new fans. What happened on television the year before didn’t matter. That was done with, presumed never to be seen again.

Similar motivations led to the creation of Susie and Barbara in the film Dr Who and the Daleks. It needed to be a self-contained story and recreating the start of An Unearthly Child was clearly not going to be a good way to spend the first 25 minutes of a Dalek movie. So the origin story for Susie, Ian and Barbara had to be simplified. Barbara became another granddaughter, and Ian her boyfriend. Job done. An alternate continuity was born.

That’s an example of an alternate continuity created for creative reasons, but more often they happen by necessity. The Doctor’s niece Louise is an example of that, a necessary replacement for Barbara for the second Dalek film, when Jennie Linden didn’t want to do another. Also created through necessity were Dr Who’s comic strip grandchildren, John and Gillian, simply because the comics licence didn’t include the television companions. As soon as that changed, they shared a story with Jamie in Invasion of the Quarks and were written out.

Alternate continuities tend to get ignored completely by the main series, and that’s because they are generally very difficult to square with the main story. In the movies we have a human Dr Who, and the companions are all very different from their television counterparts. Susie is actually the best thing about those films, much braver than television Susan. Despite being only 11 when she filmed the first one, Roberta Tovey put in a great performance as Susie. She was that rare thing in Britain (and still a very rare thing): a child actor who can actually act.  But the point is that Susie, or Susan Who, is quite clearly not the same person as the Susan we see on television.

Similarly difficult to reconcile with the main series continuity are John and Gillian who usurp Ben and Polly by crossing over from the First to the Second Doctor, although I suppose you could assume that they depart and then come back again. However, the comics made no attempt to explain that. John and Gillian barely feature in the first Second Doctor comic story, The Executioner, with the Doctor telling them to stay in the TARDIS, but the fact is he still has his grandchildren with him post-regeneration.

Where they came from in the first place is similarly hazy. There was a fan theory floating around years ago that Susan wasn’t the Doctor’s biological granddaughter, which Carole Ann Ford quite rightly hated. It seemed to spring from a certain subset of fans who wanted their hero to be like them and couldn’t accept a Doctor who had at least once in his life got jiggy with it. For that kind of never-jiggy Doctor Who fan, the alternate continuity of John and Gillian must have been a dream come true, because they are probably not his biological grandchildren. The first Doctor Who comic strip, The Klepton Parasites, has the Doctor meeting John and Gillian for the first time:

“You must be John and Gillian! How nice to meet you!”

They seem to already know of him when they meet, but how this all comes about is a mystery. Although alternate continuities like this are difficult to explain and are best left alone by the main series, it doesn’t mean they can’t be explained. There are several routes an author can go down if they want to try to tie everything together, such as dreams, parallel universes, or fictions created by the main characters. The last of those three was once used in a Doctor Who book to explain away the movies as stories told by the real Ian and Barbara. After various detours, sometimes penguin-shaped, the DWM comic strips eventually became much more closely tied into the television series than their TV Comic predecessors, and there was an attempt to bring together the divergent comic continuities in the magnificent The Land of Happy Endings, with the Eighth Doctor harking back to simpler times, and dreaming about life with John and Gillian. In the end, the reader can draw their own conclusions as to whether the original comic strips were the Doctor’s dreams, or if he was simply dreaming about his past.

Although they annoy a lot of fans (the ones who get hung up on “canon”) I have always found these kinds of alternate continuities enormously compelling, as they provide a window into other possibilities. Realistically, the television series will almost certainly never acknowledge the existence of Susie Who, Barbara Who and Louise Why. It would just be too difficult to make that work. But maybe one day John and Gillian will visit the TARDIS for real.

I wonder if the Doctor’s thoughts ever drift back to those simpler times when he travelled with two rather quaint children, like an Enid Blyton story in space. Maybe one day, perhaps at Christmas, we will see the Doctor raise a glass to all her pasts, including the magic moment when his grandchildren had an adventure with Santa Claus.   RP

1 Response to The Alternate Dr. Who Family