Posted on June 7, 2020 by DrAcrossthePond 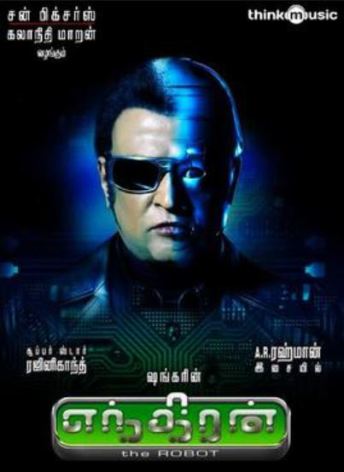 Call it what you will, it was a surprising treat!

If there’s on thing that we can say about having to go to work, it’s that it offers us the opportunity to make friends with wonderful people who can surprise us with the sheer volume of unexpected ideas they can share.  Some ideas that have no bearing on work but it’s great when you get to share those ideas openly and with genuine curiosity.  It’s one of the best things about having to work.  Being independently wealthy would deprive us of friends who can open our hearts and our minds in unexpected ways.  I choose that path any day!  Especially when those friends are open to talking about all sorts of things that allow us to pick apart the nature of humanity.  In my line of work, we can talk about computer repairs all day because it’s our job but how often can we discuss human nature.  For instance, can a robot be programmed to simulate human beings?  Even if they can be, should they?  Can we make a machine that simulates feelings?  Forget simulate, can we actually program a machine with the ability to care, or is that something a God has given us?  Such a conversation did take place and I was given a recommendation…

Trying to find the exact name is a bit of a tricky situation.  Enthiran is listed on Wikipedia, but I can also find it being called Robot.  I was introduced to it as Robo, a 2010 movie from India.  I could not find this dubbed so I had to try it with subs which I’ll come back to in a moment.  A number of things surprised me, not the least of which was the length: my first Indian movie came in just under 3 hours.  The opening music was something out of a 90’s techno video, but one line caught my eye (and I can say that since it was in the subtitles!): “make humans humane”.  That spiked my interest; it’s a nice idea isn’t it?   Then the first image on screen is a little robot carrying drinks. His arms are not located quite where they should be; his shoulders start midway down his torso.  I loved that robot.  Alas, he was not the title robot.  Within the first few minutes, we are introduced to two scientists who are going to be the comic relief for the duration, complete with sound effects that felt like I was watching The Three Stooges.  This is a very off-putting thing as I was expecting a more philosophical movie.  Then comes the lead scientist who is the main character, Dr. Vaseegaran (who I affectionately call “Hairdo”), and he’s got a head of hair to make John Travolta’s Stayin’ Alive days envious.  To round out the cast, Sana is a girl who is entirely too attractive to pine after Vaseegaran yet she is, in fact, pining after Vaseegaran.  Her eyes grow on you faster than hair on a werewolf during a full moon and by the time the movie was over, I was ready to move to India.  Or howl at the moon, I wasn’t sure which…

Well, after a few comical lines that I have yet to find a use for, like calling someone “Matrix head” or telling my wife I don’t want “post office kisses”, the real essence of the movie starts coming out.  A robot named Chitti, designed to look like Dr. Vaseegaran, starts learning how to do some great things, but it soon becomes apparent that he doesn’t understand what it is to be human and he has to be taught.  This, needless to say, starts to fall into the category of “can man create a living being, and teach it to be human?”  (Do we talk to Dr. Frankenstein about this?)  The answer is no!  But the journey to get there is 3 hours of surprisingly interesting events.

On a technical level, I was periodically surprised that my universal translator kicked in, but then I realized some lines were spoken in English.  But with subtitles, it was weird when Bohra (the evil scientist) says “I’ll surpass you” but the onscreen subs said “I’ll congratulate you”.  The other thing that totally derailed me was that several times mid-movie, a music videos would kick in, featuring Hairdo and Sana.  While the music was not bad, it felt like it was invading a brilliantly clever movie.  Still, it was fun watching to see, if nothing more, the various costumes Sana wore.  As for the movie itself, it was full of fun; there are some hilarious moments in the movie like when Chitti rotates his head 180 degrees before anyone knows he’s a robot.  Their reactions are hilarious and each time it happened, I would laugh out loud.  Or when he is trying out new hair styles, he flips his head vigorously and some truly bizarre things happen.  When Chitti is made evil, well… we all know evil people have a white stripe down the middle of their hair!  But perhaps the most wonderful singular moment was when Chitti was looking for the “black sheep” among hundreds of replica robots and, upon finding Vaseegaran, he starts bleating like a sheep.  Baa, Baaa.   Something I’d never seen a robot do before and I really want to see it again!  Hilarious!

But there are some extremely well thought-out moments throughout the movie.  We are reminded that God created man in his own image, and Dr. Vaseegaran has created Chitti in his image, giving him a bit of a God-complex.  While evil scientist Bohra is not someone we want to side with, he’s not all wrong with his beliefs and Dr. Vaseegaran does make some mistakes along they way.  Bohra wants the robots to be used as weapons and he sees the machine as a tool.  Vaseegaran, by contrast, sees Chitti as a person, but he gets caught between believing his own rhetoric and the conflict he feels its causing with his girlfriend.  When Bohra eventually does turn Chitti into a weapon, a red chip is inserted into the robot (which is what brings out a white stripe!)   This leads to a massive, CGI-heavy battle that takes place over what must have been the whole of India!

So to give examples of things that really resonated…  During a fire, Dr. Vaseegaran uses Chitti to save dozens of people, but one girl is in the bath, so when she’s saved, she is brought out naked and everyone is mortified.  The girl herself is so horrified at this, she runs away and is hit by a truck and killed.  (This actually disturbed me far more than I expected!)  Chitti could not understand the cultural shame of this, but it added a brilliant level of commentary to a movie that was frequently funny and often action packed.  Was this a commentary on the very culture that made the movie?  A finger pointing at a religious belief perhaps?  This made me question so much about the culture behind the scene and that’s a good thing: any art that expands our cultural awareness is a good thing provided we remember not to judge it.  It’s a point of interest and should be understood.  Fascinating segment!  Anyway, moving on…  Vaseegaran begins teaching human emotion to Chitti and the scene is amazing: what starts on a white board soon has the entire room completely covered in diagrams and explanations.  How complex are human emotions?  When Chitti starts to fall in love with Sana, we will find out.  She tries to explain that love is only possible between human beings and I found myself wondering: why?  I don’t know if it was an intentional byproduct or just the way my brain works, but I did wonder why we are so caught up in “our own kind”.  Isn’t that part of the problem the world suffers on a daily basis now?  But should that extend to robots or just, say, squid people?  Regardless, I attribute that to good writing so, bravo!   After nearly an hour of explosive action, after Bohra gets the red chip inserted and Chitti goes on a massive killing spree, the red chip is removed and he is order to deactivate.  As he dismantles himself, he is lecturing a room full of people and he tells them that many humans have a red chip inside them too.  It’s a clear representation of the anger people carry with them throughout their lives.  Well done, Chitti.  You taught us something important in the end, my friend, and it was nice getting to know you.  (Now we have to get the red chips deactivated globally…)

The movie was a surprise.  Several moments stood out on their own too, like when Chitti explains to Vaseegaran that he did not ask to be created and another, when he is being beaten to pieces, he crawls away saying “I want to live”.  And Chitti’s observation that “humans tell lies to save themselves” is a disturbing commentary, if unfortunately true.  Shame really… I’d like to think better of humans, but it does make me wonder what a real AI would think of us.  No wonder people think AI would try to wipe us out: we can’t even be true to ourselves!

Music videos, comedy beatings with slippers, sheep impersonations, sometimes weak CGI, and a lot of hair didn’t change the fact that this was an extremely thought provoking movie.  I expected to watch it over 2 nights when I saw the length but found I could not stop.  Oh, and I was stunned to find a reference to Asimov’s laws of Robotics.  Not that talking about the misuse of science is a local phenomenon but I failed to think of Asimov as a global name.  Color me stunned!

Roger has gotten me to open my mind to anime from Japan.  My work “partner-in-crime” and her husband have given me the chance to experience science fiction from India.  With a big shout out to say thank you, I now I find myself stuck.  What can I present to come close to such an enjoyable movie?   I’ve got some more thinking to do, that’s for sure.  For now, I’m going to make sure my own red chip is deactivated and start being nicer to Siri, Alexa and Cortana.  Just because they are not human, doesn’t mean I should treat them like they are inferior.  (Siri, I fully expect you to appreciate that and not use auto-correct to embarrass me anymore!  Pretty please…)  ML

Beauty and the Beast with a White Stripe.  (And yes, this also happened…)