The Outer Limits: It Crawled Out of the Woodwork 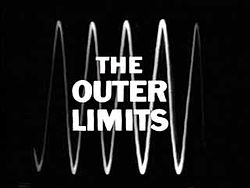 The Outer Limits is a series that really runs the gamut from very strong episodes to very mediocre ones.  Ironically, this one follows in the path of the other weak one, The Man with the Power.  The two stories shares something in common and it wasn’t just a weak plot or lame acting.  Both feature a weird cloud monster.  To be fair, I far preferred this one.  It moves in a far more disorienting way and for that, I liked it more.  Watching it move, especially as it comes down the hallway, is impressive because of how alien it seems.  There is a sense of something deeply Lovecraftian about it; a monster beyond comprehension; a Thing in a pit (with a capital T).   But that’s not the only thing alien about this story.  The pre-credit sequence is, for a change, not a spoiler but a prologue.  This adds another level of complexity though: how do we know when one is a sneak peek and one is a prologue?  We don’t and will have to figure it out as we go.  This pre-credit scene shows a cleaning woman creates the monster by trying to vacuum up steel wool.  Clearly a mistake; the company will probably make her pay for the broken vacuum.  They could have called the episode “The Dangers of Steel Wool” and at least it would have been funnier.

Like the earlier story, this seems to be another “don’t mess with nature” storyline but with a detective.  I like detective fiction so that was cool but it’s poorly executed and Asner’s detective shows up far too late to really be a “main character”.   OK, a quick plot synopsis: Prof. Stuart Peters arrives in town to work at a research center (NORCO).  It’s important that he has no dependents but he traveled with his brother so the plans of Dr. Block will be harder to achieve because he’s the baddie from the start – you can tell because he sounds like Dracula.  The brother speaks like he had yet to graduate acting school and unfortunately, he’s the one who lives.  The one who can act dies.  Twice.  After the first time, he gets a pacemaker like everyone else acting at NORCO.  The second time, the very pacemaker explodes, killing Stu again.  The acting-challenged brother meanwhile is paranoid about a smell in his room (deadly sweet) and can’t have a conversation with the TV star who comes to be with him because something smells funny.  (Deadly sweet!)  He’s also upset about his dead brother, but his deadly sweet new girlfriend sticks around anyway, and tries to put his mind at ease.  Anyway Detective Ed Asner investigates Stuart’s second death from falling into a tub then exploding, as one does, leading him to the lab and the monster.  All I can say is this whole story was tedious and I found myself desperate for it to end.  But that’s not to say I don’t like things about it.

Number one on my list of likes is Marlena Moreau from Star Trek’s Mirror, Mirror.   She may have been my second or third favorite of Kirk’s women.  Seeing her here was a nice surprise.  Sadly, she smokes and dropped down way lower on my Top Ten of Kirk’s women.  She gets points back for all the sexist remarks she endures without using a Tantalus field on the guys who say the things.  “She’s got nice legs.”  (Dude, she can hear you… she’s 2 feet away.)  She should have at least kicked him with those nice legs, but maybe she’s just too… deadly sweet??  (Oh yeah, I’m going to have fun with that one!)  The other thing I really did like was having Dracula in it.  No, the lead scientist isn’t supposed to be Dracula, but it dawned on me early that he sounded like Dracula which got me thinking: he is basically a SF version of Dracula.  He has killed each of his peers and brought them back, then he controls them.  Like the vampire, this man has brought back people to do his bidding.  “I have already died once.”   Sure, sounds like it could be a vampire.  This was a vampire story masked behind a lesson about the “conservation of energy”.  Talk about something you can’t predict!!

“Science needs answers but not at the cost of human life.”  True, and we need good science fiction but not at the cost of our sanity.  I think this episode tried to have something to say but failed.  The poor acting and the mixed bag of detective story/horror movie didn’t work either.  I felt there were some distinctly Lovecraftian themes (Cool Air, any of the Thing… titled episode, etc) hiding around every corner but they never manifest.  The creature even blinks people out of existence; it should have appealed so much more than it did!  Even the notion that not answering a question is being a “victim of automation”…   There was a message here, I am positive!   I was just  not tuned in enough to hear it.  Maybe I was a victim of automation myself.  Or maybe I just wanted better acting and a better story.  This story was just too deadly sweet… (whatever that means!)

I’ve got to go… there are some pots that need cleaning, and I’ve got some steel wool right here…  ML

…but did you know it’s powered by ELECTRICITY! OMG! That’s scary stuff. Well, at least it is according to writer Joseph Stefano, turning in his second turkey of an Outer Limits episode in a row. Luckily this is by far the most palatable of the two turkeys, avoiding much of the overacting of the previous episode, and with some much stronger characterisation. The relationship between the two Peters brothers is at the heart of the episode. Despite being much older than the characters they are playing (Scott Marlowe was 31, and playing a 20 year old), the two actors do a great job of portraying the jokey closeness of two young brothers. Marlowe might not look 20, but he acts 20 very well, especially in the more vulnerable moments such as when he is talking to his girlfriend about his parents dying. Junkyard readers who also enjoy our anime reviews might be interested in a bit of trivia: Michael Forest, who plays Stuart, was the voice of Arakawa in The Melancholy of Haruhi Suzumiya. Oh, and for the Disney fans, Edwards Asner, who does such a good job in this episode as Sergeant Siroleo, is the voice of the old man in Up. It’s a strange coincidence that actors who appeared in this episode seem to have been blessed with longevity.

Long lives, or at least extending them, are a concern of this episode. It’s funny looking back at programmes from the 60s, because you see contemporary concerns reflected so strongly in the narratives. When this episode was made, pacemakers had only been around for about five years. I haven’t done the research, but presumably the gutter press at the time was having fun with scare stories about them. Even now, we get scaremongering about them being “hacked” or something. Here they are used by Dr Block as a means of controlling people. He uses the entity he has trapped to kill people by stopping their hearts, fits a pacemaker to bring them back to life, and then controls the power supply to the pacemakers so they have to do as he says. Maybe I missed the details of that, but I’m not sure how he was supposed to be controlling the power to them. They run on batteries, right? It was scripted as if there were cables running to everyone, or maybe he had invented some kind of wireless power, but if it was made clear then the explanation passed me by.

As for the monster itself, well it’s clearly one of the weaker ones so far, although it was probably an impressive visual effect for the time. Now it’s just a bit uninspiring, just some flashy clouds. Having said that, the concept wouldn’t really have lent itself to doing anything more than that. The way it started off as killer fluff being sucked up a hoover was a bit odd, but it was an example of several impressive (and almost creepy) set pieces throughout the episode. The director certainly had an eye for creating an atmosphere of fear.

There were also some genuinely shocking moments in this one (no pun intended). We transitioned from Jory saying “I see him looking at me with that nice smile”, to his brother’s dead body, contorted in the fear and pain of violent death. Later Jory gets his brother back, only to lose him again when he falls into the bath and gets electrocuted. The final scene with the two remaining survivors standing in the lab is a melancholy moment. This is a hard-hitting episode. But it doesn’t really have a conclusion. The monster just gets put back in its box. At least this episode made me think…

“Every man wants to solve one mystery before he dies.”

That’s very true. I’m working on the mystery of where my socks keep disappearing off to, leaving me with odd ones.

Read next in the Junkyard… The Outer Limits: The Borderland

Co-writer on junkyard.blog. Author of windowsintohistory.wordpress.com. Editor of frontiersmenhistorian.info
View all posts by Roger Pocock →
This entry was posted in Entertainment, Reviews, Science Fiction, Television, The Outer Limits and tagged It Crawled Out of the Woodwork. Bookmark the permalink.

2 Responses to The Outer Limits: It Crawled Out of the Woodwork