This is a weird situation. I typically reserve Thursday for a single video game review but this past weekend I watched Godzilla vs. Kong and it made me reminisce for some older games.  Mostly this is because I wanted to continue the fight.  They are ridiculously fun to watch.  Don’t worry, I won’t risk spoilers by talking about Godzilla vs. Kong but let’s just say it’s hard to know who to root for when you’ve grown up with both of them.  I mean King Kong was my first movie back in the late 70’s.  Godzilla occupied many a Saturday morning for me and I loved the ones where he’d be up against other giant monsters.  What’s even stranger is that both Kong and Godzilla started off as … villains?  Anti-heroes at least!  But a good ol’ giant monster movie was always a fun way to start a Saturday.  Watching this recent release, I got a bit misty eyed for, of all things… Rampage. 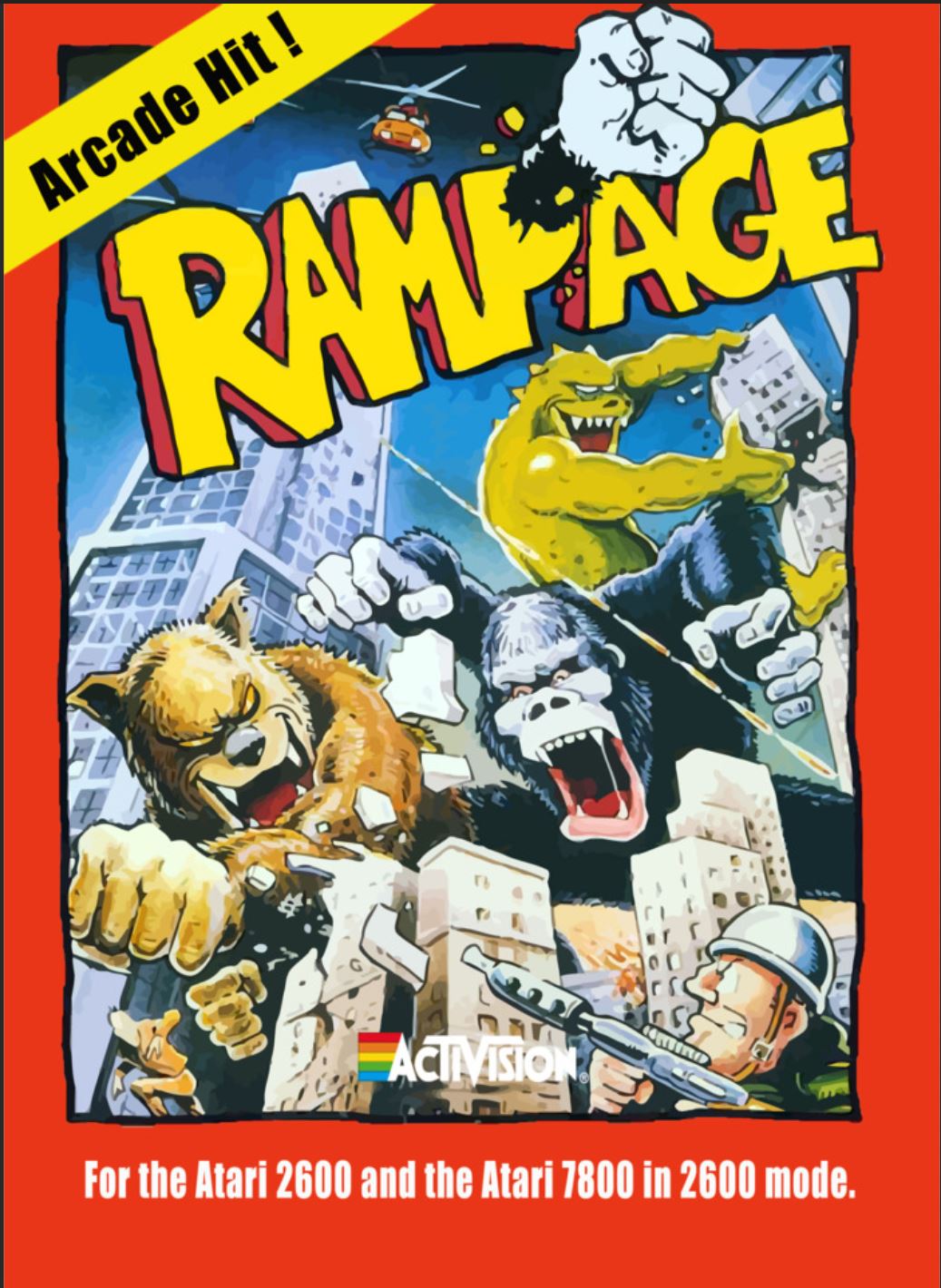 Movie goers might remember the game Rampage from 2018 when Dwayne “the Rock” Johnson starred against a giant ape, a giant wolf, and a giant lizard but gamers know that long before the movie, there was a silly arcade game.  In the 1986 game, you controlled the same monsters while smashing cities to dust as the military tries to destroy you.  Like the movie, you can play as a giant (were?) wolf, a Godzilla-like giant lizard or a Kong-like giant ape.  Frankly it was redundant as each board was much the same as the last and playing it again after all these years was like watching a kids movie that you loved as a kid only to find it did not age well.  At all!  As far as I was concerned, the best part was that, when you lose a life, the giant monster reverts to human size, then walks off camera, sidestepping while covering ones now-naked body parts.  Funny and a well done little graphic for such an old game.  But it didn’t scratch the itch and I really could not figure out why.  It was during my drive to work that it hit me.  (And I wish I knew what the trigger was!)

Mail Order Monsters! was a game released by Electronic Art back in 1985 and then hit the Atari in 1986.  I found it sometime thereafter.  I remember the flat box that it came in and loved everything about it.  You got to create monsters and buy stat-raising special abilities to arm them.  You could customize them in all sorts of ways.  I vaguely remember that terrain played a part too; different monsters worked better in some areas than others.  I also remember buying tentacles for one of my creatures, which is striking because that would have been long before my fascination with Lovecraft.  The age of the diskette meant you could save your monster on one of those 5″ floppy disks for later use or to battle with friends who also had the game.  It was a strategy game though and in 1986 my brain wasn’t fully developed (is it now?  I don’t know!) so I wasn’t particularly good at it.

But this leads me down a rabbit hole!  I noticed the game was designed by Paul Reich III.  This caused me to do a little head-jolt, because one of my favorite early games is a game called Archon.  Archon is very much a chess game.  You have a series of mythical monsters on both sides of the board.  Dragons, basilisks, manticores, unicorns, djinn,… each had special abilities here too and by moving them to a space occupied by an opponent put you in battle mode where the two would fight to the death.  My friends and I played this game a lot!  Now, this one I remember more clearly than Mail Order Monsters; the spaces were light or dark and the creature playing on that space would be influenced by its color.  So if you played as an evil character, you had an advantage on a dark square.  But the “days” passed, so a dark square now would be light soon.  To compound matters, there were 5 power squares that, if you dominated all 5, could win you the game.  Archon eventually came out with a second game wherein you summoned elementals (I so clearly remember that phrase), but it was nowhere near as good as the original.  But the rabbit hole didn’t end there.  I was certain I recognized the name from one other place… 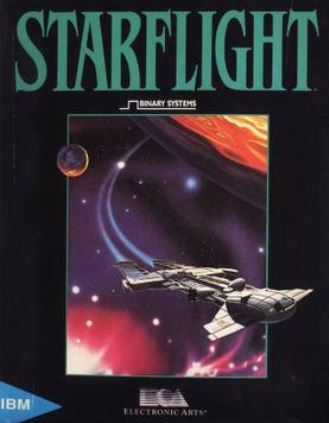 I don’t recall why but my uncle gave me $35 for some event.  It was summer of 1986, so the most likely event was my graduating grade school.  A nearby Radio Shack, of all places, had a game that I had been eyeing but didn’t have the money for it until the gift, so I picked it up and it may have been the single strongest influence in my gaming youth.  Starflight was a game that allowed you to basically be Captain Kirk with a crew of your own design that would explore the galaxy.  The galaxy was massive and the sheer volume of things that could happen seemingly at random was without measure.  I even recall encountering a ship that looked like the Enterprise, but you never get to know what that was about.  There was a lore to the game that still holds up!  Sometimes, I would enter a star system and notice the sun was ready to go nova and I’d wait to see if it actually would do something.  Somewhere in my house is a record of every star system and every death.  (This warrants an article of its own, but for now, it’s just get to the bottom of the rabbit hole.)

The crazy thing is that this memory deluge came about from watching Godzilla vs. Kong.  The memories came flooding back and launched me delightfully down memory lane.  Rampage was just a recent reboot because of a movie, but Mail Order Monsters, Archon, and Starflight… those were some of the most amazing games of my youth.  And when we think about video games, the modern era of gaming is what comes to mind, but the reality is there were many wonderful, imagination-inspiring games that predate what our kids know.  Sure, the graphics are old but they were creative and totally engrossing.  (Starflight played on a monochrome monitor.  I had to buy a 4-color monitor to play the sequel!)  If  only we could see a return of those games… I’d buy them again in a flash!

Some of these games may be lost to history, but hopefully there are games you all remember that warrant a revisit.  Sometimes that dull tableau of fading memory just needs a good dusting and I know a few giant monsters that can kick off the dust like pros.  Their battles may level cities, but they also blast the dust off those childhood memories.  Long may they continue to do so.  ML

1 Response to Mail Order Monsters and other giant memories