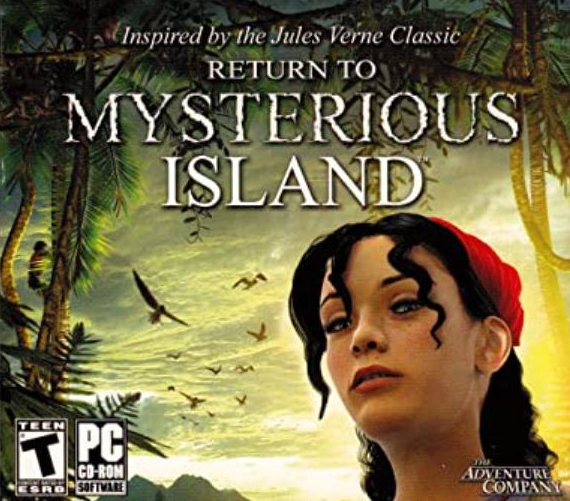 I blame my job.  I’ve been in the IT industry for over two decades and that has an impact on you.  If you’re like me, you enjoy doing the job because at the end of the day, you’re helping people.  But IT work affects you on another level; it has a deleterious effect on the ability to take ridiculous nonsense and think it makes sense.  When Myst came out in 1993, it kicked off a huge number of Adventure games.  Typically adventure games are puzzle games wherein you explore a locale looking for clues to get to the end of a story.  Last weeks The Neverhood was of a similar vein but  leaned a bit more on the fun side of storytelling but the sheer volume of actual point-and-click puzzle-driven games was off the charts.  And most of them I really disliked.  Why?  Because they were ridiculous nonsense.

Let me briefly explain that.  If someone came to me with a broken computer, I didn’t have to perform outrageous acts to find the solution.  There would never be a time where I would have to align a bunch of mirrors in my building to reflect light at 12:34pm so that they’d activate an elevator to get to the 5th, 6th and 7th floors to allow me to find the portal to the missing floor because, obviously, 7 ate (eight) 9.  And that sort of idiocy predicated all of the Myst games and that whole genre as far as I was concerned.  Oh they were visual treats, but they were mind bending nightmares and rarely in a good way.  Still, sucker that I am, some sounded good enough that I would pick them up anyway.  Within a few days I’d be on the walkthroughs trying to figure out where the counter lever was to open the door to get dragon to open its eyes where a crystal was waiting… yadda yadda yadda.

Along comes Return to Mysterious Island.  At the time, I was reading Verne anyway so the sudden arrival of this game seemed all too serendipitous and it pushed me in the right direction.  I picked it this little gem up for $20.  Mind you, this was 2004, over a decade since the original Myst; it had been a while since I played those games, having moved on to the FPS genre without looking back.  These games had become a seldom-lamented part of my past.

The story opens with Mina on a boating expedition that goes wrong.  She wakes on a … you guessed it… mysterious island.  Unsurprisingly, she’s weak and hungry.  To give you an example of how this differed from the other games, no mirrors and crystals come into play here.  She’s hungry so she can find a stick, some string or rope and a worm and construct a fishing pole.  Whoa!  That actually makes practical sense.  (News flash: IT work is based on logic; things ultimately make sense.  Sometimes you have to dig a bit but that persons computer that stopped working doesn’t need a helium balloon to get to the top of a ravine to get it working again!)

Mina has to work her way through the island solving logical puzzles that entailed picking up things into your inventory and putting them together to create new things.  An example might be a coconut with a rock.  This logical approach said: “I smash the coconut with a hammer to get the milk.”  I don’t know about you, but that seems logical to me.  I didn’t have to set a chronometer to make the sun go down!  In fact, the game is so logical, it is the only adventure game I ever played that I did not need a walkthrough to solve.  And as a result, it’s one of my top two adventure games of all time, which may not say much as I’m not typically a fan of the genre, but when they are good, they are worthy of comment.  (There is another very similar game that I’ll discuss in the coming week that takes the #1 position.)

I admit, as a computer gamer, graphics matter and the graphics in this are dated but in my mind, most adventure games are entered for the story anyway.  And this story interested me.  To add to the fun of the game, there’s a mysterious figure (apt on a mysterious island) that starts following you around.  While this may be a spoiler (a thing I typically hate), I will tell you that it’s Captain Nemo, but there’s a bit more to it than that and considering I knew from the outset who it was, I am not against sharing that.  And since the trailer shows it, I will also share the really good news: eventually you also find the Nautilus.  This is a fan’s dream.  It’s a bit worse for wear, but how amazing a feeling when you explore that classic ship!

Adventure gaming is a hit or miss affair and I think it misses far more than it hits, but when one comes along that is actually intelligent and logical, it deserves praise. And yes, those two things are not the same.  You can have a smart game that isn’t logical!

At the time, Kheops Studio released this for $20 but it can be purchased on Steam for $8 now and they have a deal that offers the sequel as well.  I never played the sequel and feel the urge to… ahem…. return to Return to Mysterious Island.  And that’s the beauty of Steam too; it may not be Verne, but it’s fun to travel back in time to the classics.  Verne’s writing was often a bit of a science lesson I found his stories leaning a bit too heavily on facts, which gets very tiresome to read.  But a game based on those ideas using logic to solve the puzzles… that was special.  Check out the trailer below and enjoy a trip back in time.  ML

Like Loading...
This entry was posted in Entertainment, Games, Reviews, Science Fiction and tagged Return to Mysterious Island. Bookmark the permalink.

6 Responses to Return to Mysterious Island