Crusade: The Needs of Earth 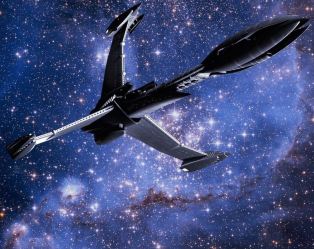 The opening of this episode threw me a bit.  Coming off the previous episode when Gideon says there’s “nothing good on TV anyway”, I was a bit surprised by his choice of viewing but to learn it was a data crystal of Eilerson’s adds a distinct layer of comedy to the scene.  The idea that Max enjoys alien porn with Pak’Ma’Ra is strange, but then it takes all kinds!  That comedy carries through the episode as both Dr. Chambers and Gideon twist their heads to see what’s going on, and later, Dureena does the same thing.  The early episode comedy gives way to some heavy discussions at the end and I was surprised how I felt about this one by the time it wrapped up.

The story is a basic heist; one of those all too common “if you go here, you’ll have no support, you’ll be totally on your own and we’ll disavow knowledge of you…” etc  etc….  The target: an alien with a box full of knowledge dating back centuries.  Maybe it has data about the virus!  Of course, the crew succeeds and they have the episode nearly resolved in no time.  They return the alien dude to his people, return the data, and all is done.  I was surprised by how fast this episode rocketed by when I realized that it wasn’t a fast episode, but rather 10 minutes short because the last ten minutes become an interesting introspective look at the characters.  See, it just so happens that when they returned the guy with the data, he knew he was going to die.  It’s actually somewhat heartbreaking, especially as Matheson recalls the moment the alien was departing and he realizes the alien knew he was going to his death.  He looked so peaceful too and all because of one thing.  It turns out that the data crystals that were worth all this heartache had a very special form of data…  I’ll come to that in a moment; stand by.  “Don’t say stand by when we are one word away from good news!”

There were things that made me cringe in this one.  For being a more introspective episode, I hate that I can be so distracted by petty things, but it’s how I’m wired!  Gideon is the captain of a starship, so to call an airlock an “air door” was alarming.  When Dureena needs to remove her gloves to type to get into the complex, why did she need both gloves off?  And is security so weak on this station, that no one picks up on the break-in attempts?  My computer locks me out after 3 tries!  And Gideon asks Dureena what I thought was a very weird question when she brings up the murder of her people: “So you weren’t there when it happened?”  Um, no, and you can probably tell because she’s not dead and is actually right there in front of you.  Sure, I realize she could have run away during an attack, but it struck me as strange.  I was also a bit surprised that Matheson, a telepath, failed to pick up on the thoughts of the aliens, although they at least address that he picked up something.

But as I said, there is good news.  I think the point of the episode spoke volumes about our favorite genre and about what it is to be human in general.  The data that was being smuggled was all the entire creative output of a species.  On top of that, it represented hope!  Now that’s a beautiful concept all on its own, but it felt perfectly right that the series to address that was a science fiction one.  In fact, I’d argue that no genre can do it better because SF can speculate about our own world through the lens of others.  The alien decides we are worthy of keeping the data because we appreciate art too.  Not just our species, but the fans of Babylon 5 who are sitting in front of their screens watching this story unfold.  The idea that a race might stamp out any evidence of the works of art and beauty that it has ever created is horrifying in the true sense of the word but this one man appreciated it enough to save it and pass it on.  In so doing, he was willing to die, knowing the world he returned to would be devoid of beauty.  What’s the point in living without that?  He was ready to die because he found a way to preserve those things because those same things are some of the “needs of Earth” as well and I think the concept is beautiful.

And then something hit me!  Creative output does include the sort of thing Gideon was viewing doesn’t it?  I don’t know if JMS was trying to say that pornography could be art, but it does represent a form of creative output and ultimately even that might be worthy of preservation to some extent.  I’m sure we can have a whole debate about the merit of such a thing, but to erase it from our world would be to erase a part of our collective past, whether we appreciate it or not.  And that’s something we should all be afraid of.  ML

We start off this week exploring similar ground to last time, with another ends-justify-the-means story. Gideon reaches a conclusion about that immediately, and nothing happens in the episode to make him re-evaluate his viewpoint:

“There are ten billion lives at stake, Trulann. I’ll break any law I have to if it means saving them.”

Rather than having his ends-justify-the-means belief challenged, Gideon is actually pushed further down that path, when he tries to avoid getting involved in the issue of slavery on the grounds that it is legal on the planet they are visiting. That won’t cut any ice with an ex-slave, and naturally Dureena lets them all out.

This is an episode that covers a lot of different themes, dispensing with one and then moving swiftly on to the next. That could have caused the episode to feel disjointed, but it never really does, with the one possible exception of Matheson agonising over his actions (or rather lack of) at the end, which feels a bit tacked on. He also has nobody to talk to but himself, so his discussion with an empty room is a bit tedious, although it does include one great quote that has something important to say about human nature:

“How odd to know everyone’s heart but my own.”

A key theme of the episode was the importance of the arts. This was topical at the time, and JMS had the political threat to the National Endowment for the Arts in mind when he wrote the episode. It’s still topical today, with Trump attempting to remove NEA funding in recent years. I’m on the wrong side of the pond to have much understanding about that, but the point JMS is making here is that an administration that fails to understand the importance of the Arts is blinkered and shallow. Just look at the moment Natchok Var hears Mozart for the first time. It stops him in his tracks, raises a smile, and soon he realises that here is a race of people who are worthy of inheriting his cultural legacy and the technology to preserve their own.

That’s a good thing, because the technology of the future is obviously lacking something. Max has recorded over Snow White and the Seven Narns etc, and has left some of his dodgy recordings at the end of his data crystal.

Not that amazing, if future technology works like a miniaturised VHS tape. But this is an episode of odd technology. Try holding binoculars a few inches in front of your face and see how much you can see. That’s what Gideon is doing when he’s got his space helmet on. And then we have Dureena taking both gloves off to activate the keypad because the buttons are too big, although her left hand is only holding down a switch. Do none of those alien races have fat fingers? What about rhino-nose guy?

Anyway, Max’s dodgy VHS/data crystal worked well as more than just a comedy moment, because it was integrated into the plot later in the episode, used as a distraction to help Dureena and Gideon free Natchok Var. One thing I think JMS got better at over time was writing stories where all the strands connect together, whereas his earlier episodes tended to have separate plot lines cobbled together without ever intersecting.

In an episode packed full of thought-provoking themes, the most interesting question raised was possibly unintentional. Nix the translator lies about what Gideon says to Flentak, and calls that “politics, and self preservation”. That raises an important point that is perhaps not given enough consideration in the political realm: imagine the power a translator actually holds. You wouldn’t even have to lie, in order to change the course of a negotiation or debate. Languages, especially English, offer a choice of words that are all acceptable translations, but with different nuances. Think about the power of being the person who controls the nuances in a discussion, or just which word in a sentence to emphasise with your inflection. I’ll leave you with that troubling thought. Language has power.   RP

Author of windowsintohistory.wordpress.com Co-writer on junkyard.blog Editor of frontiersmenhistorian.info
View all posts by Roger Pocock →
This entry was posted in Babylon 5, Reviews, Science Fiction, Television and tagged Crusade, The Needs of Earth. Bookmark the permalink.

2 Responses to Crusade: The Needs of Earth