Posted on October 21, 2021 by DrAcrossthePond 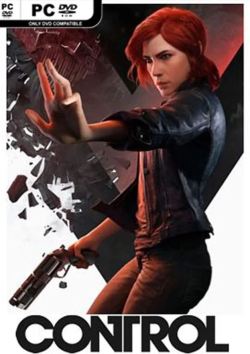 There was a recent game release called Control that looked like it would have been a game right up my alley, but somehow the trailer didn’t appeal to me.  I don’t really have a good explanation for it.  3rd person shooter with supernatural elements, eerie lab setting and strange incursions from another dimension… couldn’t be more me!  Yet, I decided not to get it.  Then Epic Games, rapidly rising in my book to rival Steam as a provider of games, gave it away.  Free as an opinion!  So I picked it up and still did not play it, opting instead to play Cyberpunk 2077 and Days Gone.  Then I even tried some shorter games.  When I finished I checked on Far Cry 6 and found it was less than a week away, so I decided I’d play Control to kill time.  And wish I had started sooner.

The irony is, I finished the game at 11pm on the 6th of October.  That’s significant because I usually call it a night at 11pm so I had finished just in time for Far Cry to be released the next day.  But here’s how I know a game is good: upon completing the main story, I went back to play some more the next day.  In fairness, knowing I was going to get interrupted, I didn’t want to jump into a new game just to be pulled away within the next hour or two, but it still held my interest enough that I was not feeling that sensation that would normally say “be done with it and move on!”

You play as Jesse who goes to the Federal Bureau of Control (FBC) to find her brother.  When you were kids, you found a projector that had special properties.  The FBC is there to safeguard against these sorts of objects.  In the case of the projector, it opened a portal to whatever it projected.  This is how to make the mundane eerie.  There’s a refrigerator that has to be watched at all times or it behaves strangely.  One man is on the brink of a breakdown because no one came to relieve him of duty and he has been starring at the thing for days.  That might sound insane… typing it sure does… but it works incredibly well because it can turn the most mundane thing into something weird and creepy.  And funny too!  There’s a rubber duck that watches you and jumps around the place, all the while quacking as it jumps.  There’s also a janitor who is distinctly more than what he seems and might be at home in a David Lynch film.  Speaking of him, there’s a motel right out of one of  Lynch’s nightmares.  I’m often in awe at how easy it is to make a motel scary.

The combat in the game is immensely fun, but the guns leave something to be desired.   You fight possessed soldiers called The Hiss, and they are fairly easy to dispatch unless they have a healing unit with them – then you have to target those first.  That was annoying until you become powerful enough that the healers can’t heal the enemy as quickly as you can destroy them.  There are a handful of things that should have been improved upon, which actually speaks well of the game considering these things didn’t annoy me, even though they were sub-par.  For instance, a common trope in RPGs is that you can ramp up based on actions.  In an odd way, that is the same here, but it’s unclear and when you do get those points, they can be used on mods or weapons.  The mods are ultimately to be used for weapons, but I ended up wasting a ton of time and points making mods when I should have been increasing the powers of my weapon!  The character tree isn’t bad, though the point scheme is strange if still manageable.  Also, the map is damned perplexing.  I mean, that goes with the story; you’re in a place that dimensions shift.  Rooms don’t move around as such but doors don’t open and it’s easy to get lost.  By the time I completed the game, there was at least one area that still indicated that I’d not explored it yet.

Another big complaint is the inability to save at will.  I get what they were doing; it works in the context of the story that there would be these anchor points (allowing for fast travel as well), but when you have a maze to navigate and something comes up in the real world that pulls you away, it’s not easy to just stop and give up whatever you’ve completed because you can’t find a save point.  Worse, during battles, it’s annoying that you don’t just have to restart the battle, but you also have to get back to where it was in the first place.  For instance, I had a simple, non-combat, task: take the power away from a … flamingo.  (It’s best not to ask!)  Simple task: run down a long hallway, levitate and touch it, without touching anything else.  But every time I touched the floor, it reset, which meant I had to get back to the hallway first which entailed some running to find the place again.  That’s annoying.

Oh, yes, I did say “levitate”.  By far, the most enjoyable part of the game is the special abilities you gain. My two favorites were the levitation (though I think there should have been a way to do that faster) and telekinesis.  If you didn’t run out of energy, I wouldn’t have even used the guns.  Yanking up mounds of earth and concrete to hurl at an enemy is way more fun than it should be.  Pulling enemies and hurling them at one another… even better!  Explosive fire extinguishers… oh the list of fun things is just amazing.

The game plays incredibly smoothly and it’s visually stunning.  It’s completely cinematic, but not just in style (like room titles appearing writ large on the screen) but it mixes live action seamlessly into the game.  We’re not even talking cutscenes, but walk into a room with a projector playing and it’s not just animated, but a live action video.  To really test the skill of the designers, I used my telekinetic power to lift a projector, expecting it would either cease showing or not be moveable.  Color me surprised when the projector kept working, projecting on all the walls as I ran with it, while watching the shape and size of the image vary according to where I ran!

The last thing I did after completing the main game and any remaining side missions was to go to the jukebox.  Yes, even that is possessed of weird traits.  Using it opens special challenges.  I wanted to complete at least 1; there appear to be 3, but after nearly having a heart attack on one, I realized I didn’t need to do all 3.  Basically, you get 25 minutes to complete 4 missions.  I pulled it off with under 4 minutes to spare, got back to claim my reward and found one more enemy to fight.  I pulled the whole sequence off in 23+ minutes with my heart racing.  Incredibly fun, but I don’t need to contribute to the grey hairs that are creeping in around my temples.

Overall, Epic could not have given away a more enjoyable game.  I would absolutely call this a triple A title so to get it for free was a major gift and one that I would happily go back to.  For free, and I got nearly 23 hours out of the game!  Bargain but one I would recommend buying anyway.

Well, I saved my brother and took care of a number of altered items but there are still items in need of cleansing throughout the complex and more Hiss soldiers that need defeating.  I have a whole complex still waiting for me.  I think one more round is in order…   ML

Like Loading...
This entry was posted in Entertainment, Games, Science Fiction and tagged Control. Bookmark the permalink.