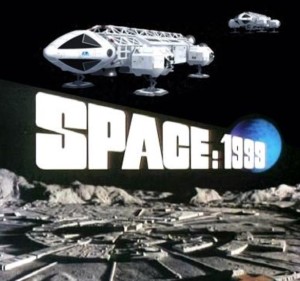 If there’s one thing that stands out about this show, it’s the pacing.  Initially I was thinking to call it “slow” but it’s not slow.  Slow implies a tedious boredom to me; a challenge to make it through each episode.  No, the pacing is deliberate.  This is both episodic and what I’ll call seasonal.  In the episodes, there is a lot of buildup and that might seem slow but I’ve had my attention held firmly, hence my calling it deliberate.  And what I mean by “seasonal” is that this is the second episode in a row to allow time to go by between events.  This might impact the title of the show but its a far more realistic approach than Star Trek took.  (Maybe the series should have been called Space: 1999 And Beyond!)  In 3 years, the Enterprise crew had 79 rather large-scale adventures.  In the last episode of Space: 1999, Alpha Child, we were told that Jackie’s dad died 7 months earlier of radiation poisoning.  This is not a guarantee that they mean during the events of episode 1, but it’s a fair assumption.  Meaning by episode 7, we were already in the year 2000.  By episode 8, narrated by Helena Russell, she says they are 877 days from the day the moon left Earth’s orbit.  In other words, this takes place around February of 2002.  Life has otherwise continued normally for the Alphans, much as Paul implied in the previous episode.  I find that far more believable than the events of Trek, even if it is my preferred show!

In this story, we are introduced to Tony Celleni who seems to be going nuts. He has visions of something in his room and attempts to steal an Eagle, presumably to fight the creature in its natural habitat.  Helena narrates the story of what happened and we get a few nice things: a change of scenery, with a lot more color to it for one thing!  We also learn about Koenig’s past, as well as who was in charge of Moon Base Alpha before Koenig.  Basically we’re getting some very useful backstory, while setting the stage.  Tony was part of a mission to Ultra, a planet at the far end of the solar system, back on June 6th, 1996.  (News flash: things had to go wrong with that date: 6/6/6 was written out for anyone observant enough to notice it!)  Upon arriving at the planet, they find a graveyard of starships.  Tony’s crew boards one of them and a creature gets loose and kills everyone else, but he manages to escape.  Back home, he’s put on trial as there’s no proof that the death of his crew was not a gross error in judgement.

Now, years later, Tony is on the moon base when things go wrong.  As the moon continues its voyage through the stars, Tony senses the creature again.  When they come across the same graveyard, I was bothered because it basically ignored the rules of their travels so far.  Then the writers did something I long for in SF TV: Victor makes a comment that there’s no reason to assume the graveyard wasn’t capable of motion – the moon took off, maybe the graveyard did too.  All it takes is a line; a few seconds to say “yes, this is unlikely but not impossible.”  A far superior thing to just ignoring it, in my book!

Anyway, Tony goes after it, fights it and wins… good job.  The creature is a mix of disturbing, eating its victims and spitting out a desiccated corpse while also funny because it has to lodge itself in the doorframe and has a slide for a mouth so the corpses can come shooting out.  The corpses are more disturbing than the creature.  But limitations aside, the story holds together well and does some pretty forward thinking things.  Sensors throughout the base alert the medical staff to abnormal readings in crew member’s rooms, allowing Helena to know early on that Tony was under duress.  The space station from 1996 was called the Interplanetary Space Station (ooooh, so close!).  The Eagles are modular; the head can be detached and the cabin can be left behind; all very clever for the time.  And there’s the quote, “The reality of space adventuring is that it’s terribly expensive!”  That’s probably the very reason we haven’t yet setup a moon base.  (Or we’re afraid of it taking a trip…)

If the episode makes a mistake, it’s one due to time constraints, I think. We lose Tony to the creature; the last victim of this strange monster.  John and crew are there to help him defeat it but not before it kills him.  And then they walk away.  The Alphans get back in their Eagle and leave.  All I could think is: don’t you take samples?  Try to learn what this was?  Investigate?!  I realize they had very little time left, but just a line with Russell saying, “Give me some time, I want to take samples.”  But no… this strange creature that called to Tony across space is left where it was lodged: in the doorway of a lost ship in a graveyard drifting through space…

This episode was the first to really build up some backstory and that was long overdue.  Sadly we’ve lost one more crewman, but that’s just one person in this episode.  That puts us at 302 souls on Alpha.  The show is doing a remarkable job keeping things to a believable timeline while sending us on an unbelievable adventure.  That’s a novelty for science fiction television, and something I find very refreshing.  ML