The Avengers: The Little Wonders 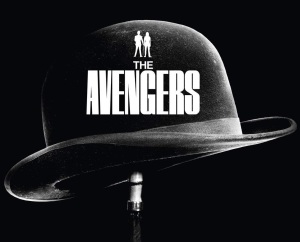 I always thought the highly effective use of cliffhangers was something peculiar to Doctor Who, with few other series doing anything remotely similar. After all, most contemporary series were a collection of individual episodes rather than one serialised story, for a start. Something that has surprised me with The Avengers is how extraordinarily good this series was at cliffhangers, despite the stories only lasting for a single episode. Instead, there are three cliffhangers, which would be spread across a whole month in Doctor Who, but are included within each episode here. The first can be found near the start, just before the episode title appears on the screen, and that’s the forerunner to what Doctor Who does in the modern era with a pre-titles hook. The second is at the end of Act One, and the third at the end of Act Two. It takes some skilled writing to include three dramatic hooks within a 50 minute episode, but The Avengers rarely misses the mark. The later ones in the episode tend to be the discovery of a body, or one of the main characters captured or in danger, but the pre-titles one is the really inventive one, because that has to establish something of what each story is about, while providing us with a reason to keep watching. This week we have a prime example of how well that can be done with a striking and unusual image: a bishop starts to disrobe for a medical check, take off a gun and holster, and we are treated to a shot of a dog collar being placed on top of a gun. How could we not want to find out what that’s all about?

I wonder to what extent this kind of thing had the ability to offend the viewers in 1964. Church attendance was about double what is is now in the UK, and maybe we have also been numbed to offence slightly, with Christianity far from an infrequent target of comedy nowadays. Perhaps showing us gun-toting vicars was walking a line at the time, and I think the evidence of the writer playing it slightly safe is the origins of the “clergy”, representing “White Africa” and other foreign locations rather than home-grown religious villainy, nominally if not in appearance. So we have the Vicar of Toowomba, the Archdeacon of Bangkok, the Dean of Rangoon, etc. That perhaps gives the writer and director licence to provide us with some remarkable subversions of Christian traditions: a hymn book with a gun inside, a dog collar with bullets taped to it, guns placed on a collection plate, and most striking of all, a nun with a machine gun, massacring a room of people.

There is a fun little subplot with Cathy taking a vintage doll to a repair shop, although it’s one of those plot points that rely on our heroes being idiots. That’s rare for The Avengers, so when it happens it’s all the more noticeable. As soon as it’s mentioned that the head of the doll is loose, it’s blatantly obvious that there has to be something concealed inside, so it beggars belief for Cathy to hand it over to somebody else rather than check that herself, especially as it was found with other possessions that all contained smuggled weapons. But I’ve got to hand it to the writers of this series: they are great at thinking up creepy locations for people to sneak around at night time. The scene of Cathy investigating the doll shop in the dark is disappointingly brief, but it’s just about enough to showcase the eeriness of the location, with dolls (and bits of dolls) hanging up around the room.

The final showdown is unintentionally comedic, with a bishop shooting a vicar, Steed shooting a doctor, Cathy shooting a nun with a machine gun, and people generally appearing from all directions, only to be gunned down immediately. It’s almost farcical.

“Whoops! Mind the Vicar of Toowomba!”

I think that line sums up this weird and wonderful episode very well. Those who seek a realistic drama need look elsewhere. There’s nun to be found here. The Avengers is so much fun that it is verging on silliness lately, but I don’t mind if it makes a habit of that.   RP

It’s no little wonder that I was really into this episode!  The Little Wonders is about a mafia-like organization that makes money through extortion.  Maybe all I had to say was it’s about a mafia-like organization because the rest is pretty much the standard MO anyway, right?  Anyhow..  The chief bad guys masquerade as priests and hang out in a school together having elections for who will be the next “Bishop”, the head of the criminal organization Biblioteque.  In nearly every respect, this sounds tedious and boring to me.  To my surprise, it ends up being very engrossing and fun!

Usually, the last thing I comment on is the comedy, but with bigger ideas to talk about later, I’ll cover the comedy first.  Steed has some witty lines this time around.  While sculpting a nude female statue, he comments, “She’s developing very nicely!”  He gets the life scared out of him when rounding a corner and appears to go for a gun, but instead pulls out a bag of sweets.  And my favorite moment comes in at the end when he defeats the current “bishop” and remarks about another fallen foe, “Whoops!  Mind the vicar of Towamba!”  Let’s not forget too that the Bishop gets a terrific line.  When mentioning that another member of his flock was detained due to a funeral, he says “unfortunately it was his own”.  I love lines like that!

Steed also manages to kiss Cathy Gale which blew my mind.  She doesn’t seem to object either.  Sadly, I will wager that this will amount to nothing as it was part of the cover story, but one can hope. However, while I’m impressed with his suave demeanor, he epically fails to do anything to help Cathy as a burglar runs from her flat and, by the timing of it, would have basically run right into Steed.  Nice going, hero!  Where bad pieces of writing rear their ugly heads, we have a doctor that speaks out of turn about his other patients with: “Since, as you say, you are a relative of his…”  Would that really have worked in the 60’s?  No proof required!  I think HIPAA laws might have been breached!  And speaking of hospital rules, was there really such a thing as a dolls hospital??

But even with a character named “Fingers the Frog” (outstanding name; I need to come up with a Mafia name myself.  I should get one for Roger too), the standout performance is by Lois Maxwell as Sister Johnson.  She had a quiet menace to her even early on in the episode, but when she slides back a chalkboard and proceeds to machine gun everyone in the room, I had to say, I was about as shocked as I’d ever been in this series.  Steed (AKA: Johnny the Horse) was in the room when she fired!  The performance is unexpected and thoroughly exciting.  Though she never seems to amount to more than a member of the organization, she could easily have carried the group as the head of the organization.  This is another time The Avengers has proven to know how to write strong female characters.  Furthermore, the final fight scene ends up being a gun fight and one with enough surprises to give Elmer Fudd a run for his money.  There wasn’t even the need to include that horrific drum cacophony to wrap it up!  (Of course, this wouldn’t be The Avengers if there wasn’t one very convenient wrist shot, though, and Sister Johnson is the lucky recipient of that displeasure!)

All told, this episode was among the best the series has offered.   I think we had two surprise victories for the show lately and that’s reassuring.  I still feel the plots are a little silly though because I ask again, why is Steed interested in a case like this, but getting past that, it was a really enjoyable episode.  Now, does anyone know where I can apply for my criminal nickname?  ML

Read next in the Junkyard… The Avengers: The Wringer

Co-writer on junkyard.blog. Author of windowsintohistory.wordpress.com. Editor of frontiersmenhistorian.info
View all posts by Roger Pocock →
This entry was posted in Entertainment, Reviews, Television and tagged The Avengers, The Little Wonders. Bookmark the permalink.